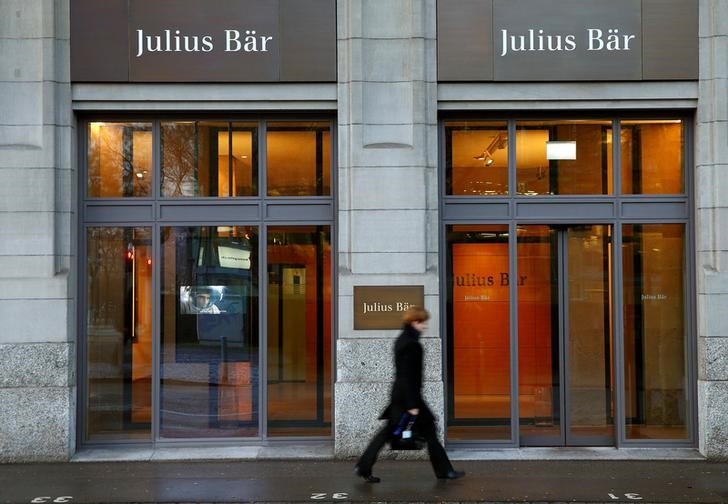 HONG KONG/ZURICH (Reuters) – Global wealth managers are cutting some credit they extend to rich clients as a worldwide markets rout triggers margin calls, even as others see opportunities to help entrepreneurs plug liquidity gaps, people with knowledge of the matter said.

Private banks including Credit Suisse Group AG (S:), Julius Baer Gruppe AG (S:), and UBS Group AG (S:) use lending as a key part of their business to grow their assets and lock in clients.

Wealth managers profit from the interest they charge on so-called Lombard loans – credit secured against a basket of securities as collateral – as well as fees from the increase in assets under management generated via credit.

But wild swings in markets have triggered margin calls on money loaned to clients to buy stocks and other assets.

“There is almost no new conversation happening with clients on loans and it’s unlikely to change any time soon. Clients are also very wary about leverage in this market,” said a senior Greater China wealth manager at a leading Swiss private bank.

Bankers from three Swiss wealth managers in Asia, which has the highest numbers of billionaires globally, said they asked some clients in the last couple of weeks to raise collateral against their loans amid a panic selling in securities.

“Margin calls have been triggered across the street, and the tight liquidity condition is making it tougher for them to even liquidate fixed-income portfolio,” said another Hong Kong wealth manager, adding some clients are selling gold to raise cash.

Income generated from lending accounted for a third of the total operating revenues of global wealth managers in 2019, and was the second biggest sales contributor after investment management fees, according to consultant Tricumen.

Asia, with 754 billionaires holding $2.5 trillion of assets, is a big market.

Some wealth managers in Asia have cut loan-to-value ratios to 40-50% now compared to 60-70% earlier, said three bankers, who declined to be named as they were not authorized to speak to the media.

“Smaller entrepreneurs are turning to private banks to help them manage their cash flows,” a Zurich-based banker at a leading global wealth manager said.

One entrepreneur, for example, had pledged shares in his company in order to inject cash into his business and be able to continue paying staff without lay-offs, the banker said.

“We need that today, because whatever aid is coming around the crisis, there are people who want to bridge that now.”

UBS has seen relatively low losses in its lending portfolio and feels comfortable with its liquidity despite market drops amidst the coronavirus pandemic, Chief Financial Officer Kirt Gardner said on Wednesday.

Credit Suisse commission and fees from lending business grew 5% in 2018, the strongest growth among its business lines. UBS loans to customers in the wealth management business at the end of December rose to $175 billion from $170 billion at end-2018.

Credit Suisse said on Thursday business in the first quarter had been going well so far and that it was monitoring its credit exposures prudently, with CFO David Mathers noting the group had not seen material losses on share-backed lending.

Wealth managers mainly focused on Europe for their assets, are, however, expected to be impacted more due to the region’s negative interest rates coupled with the recent market rout.

“Banks here that are extremely focused on European markets and also Switzerland, when we get a credit squeeze here, then these banks will be much more impacted, because they’re not so diversified,” said another senior wealth manager in Zurich.

“But definitely, all the banks will be impacted from this credit crunch and liquidity constraints and margin calls.”