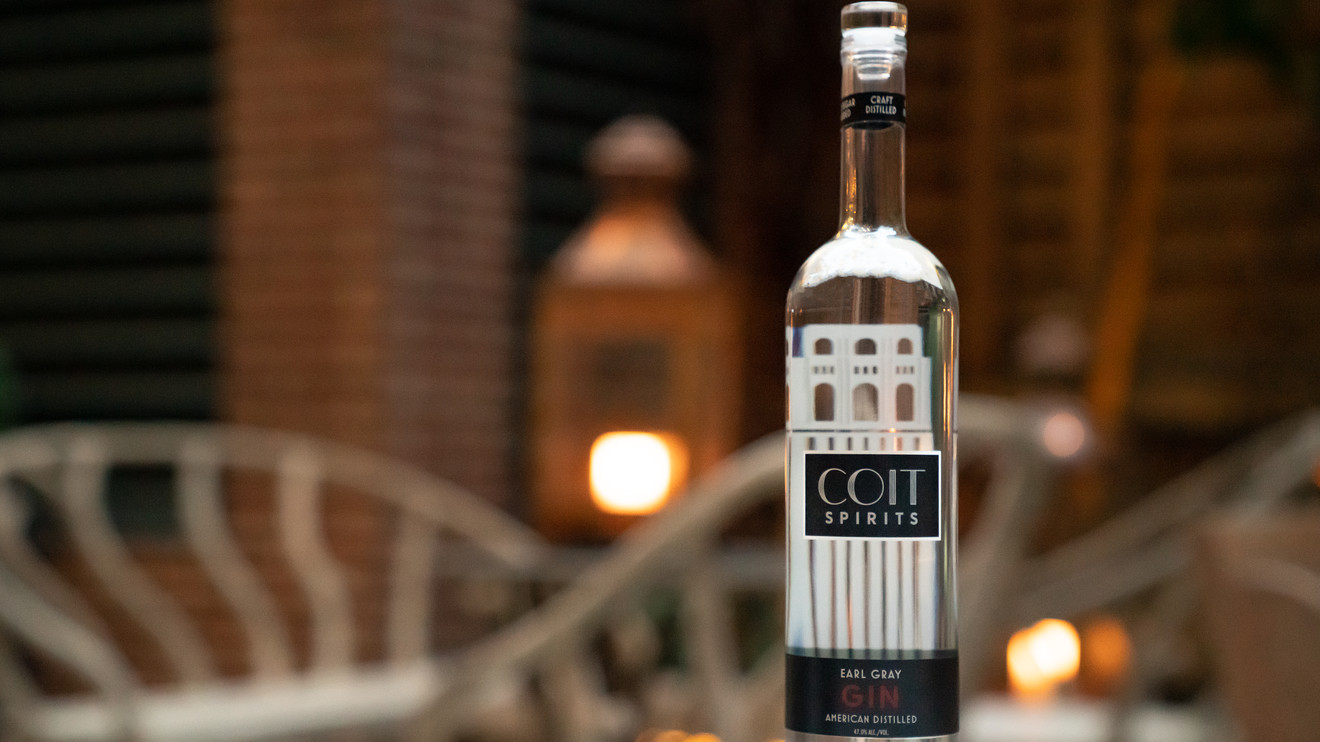 The back story: How about a nice hot cup of…gin?

The idea of making a version of the popular spirit based on tea — specifically, Early Gray tea — is one that’s gaining ground, with a handful of producers going this route. Not that the gin is actually intended to be sipped hot. But it is very much inspired by Earl Gray, a British style of black tea flavored with bergamot, a distinctive citrus fruit.

Coit Spirits is a California company, started in 2018, that’s among the latest to join the tea-as-gin craze. Gerry and Linda Rowland, Coit’s husband-and-wife ownership team, are wine-industry veterans who gravitated to producing gin because of the freedom inherent in the process. The flavored spirit is always made with juniper, but anything beyond that is pretty much fair game. “I love the creativity gin allows,” says Gerry Rowland.

The Rowlands embraced the idea of Earl Gray as the primary flavor — specifically, a version of the tea made by boutique tea specialist Harney & Sons — though they say it took about a year-and-a-half to get the formulation just right. More than 100 lbs. of tea go into the making of each batch.

What we think about it: For those used to the traditional-style London dry gin, which is heavy on the juniper, the Coit offering may not seem very gin-like. But it is a distinctive, tasty sip, with a bright, fruity and, yes, tea-like flavor. “The tea notes are liberated on the back of the palate and sit there giving length and lingering,” Gerry Rowland says.

How to enjoy it: Coit’s gin works well in traditional gin-based cocktails, such as a martini or gin and tonic, giving them an unexpected twist. But the company also suggests getting creative with the spirit in different cocktails, such as the Telegraph Game, which combines the gin with grapefruit juice, basil leaves and a cube of sugar.