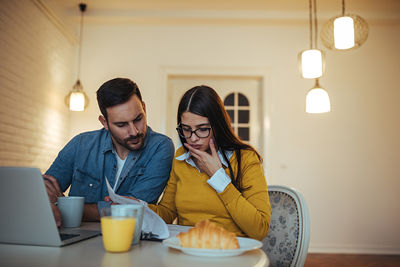 FICO changed its scoring methodology at a time where average American credit scores hit an all-time high — but that’s not necessarily a good thing.

Fair Isaac Corp. (FICO) FICO, -1.03% is changing how it calculates credit scores, and the new criteria reveal some of the trouble spots in Americans’ financial health.

Two of the most substantial changes in the new scoring models, FICO Score 10 and 10T, are how they account for personal loans and how they measure creditworthiness over time.

Related: FICO just updated its scores — here’s what you need to know

A new emphasis on America’s fastest growing category of debt

“If you are trying to figure out the state of someone’s finances and stability and you aren’t taking personal loans into account you’re leaving out something significant,” he said, adding that “it’s a good thing FICO put it in.”

Americans take out personal loans to cover a variety of expenses. The most common reasons are debt consolidation, credit-card refinance, and home improvements, according to 2019 data from LendingTree. Interest rates on personal loans are heavily influenced by the borrower’s credit score, and can range from 10% to almost 25%, according to LendingTree.

“For people living paycheck to paycheck, knowing how much they need to pay in a given month and how soon they will need to pay a balance off is a very good thing,” Schulz said. “Some people would be willing to pay more in interest for the predictability clarity.”

Robert Humann, general manager at Credible, an online loan marketplace, said that “the changes to the FICO score methodology should help protect consumers who are not managing credit card debt wisely from getting into deeper trouble with a personal loan.” Scores for consumers who aren’t managing personal loans will presumably go down under the new FICO scoring systems, which may make it harder for them to borrow more.

The main reason people are taking out personal loans is to pay off high-interest credit card debt, he said. “That can be a sensible debt management strategy,” but cautioned that in “can backfire if you keep running up new debt on your credit cards, or miss payments on your personal loan.”

With a greater emphasis on personal loans under the new FICO scoring system, consumers may be more likely to take out home equity loans to pay off their debt, Jeffrey Taylor, co-founder and managing director at Digital Risk said. Home-equity loans come with their own risks, however. Missing missing payments on home-equity loans can lead eventually to a foreclosure.

The FICO changes also come at a time when the average credit score in the U.S. has hit an all-time high of 703. That sounds like a good thing, but it’s not necessarily a sign of financial health.

Schulz sees this trend as a sign of “credit score inflation.” Scores could be increasing now in part because black marks on credit scores disappear after seven years, Schulz said, so people who struggled during the recession and its aftermath may now be seeing their scores rise, which “makes everyone look shiny and sparkly and paints a really clean picture,” he said.

While credit scores have in fact gone up, the amount of debt people are taking on has too. Most people who have credit-card debt owe at least as much now as they have over the past decade, according to a Bankrate.

The commonly used FICO credit-score that lenders use represents a consumer’s financial position at a particular point in time. The new scoring models will use “trended data,” which will look at the trajectory of someone’s finances, and whether a person has been paying down debt or incurring new ones over time. That will give a “more holistic view” of person’s finances, said Dave Shellenberger, vice president of product manufacturing at FICO.

FICO’s new attention to trending data comes as many Americans cope with income volatility — big surges or drops in income. These financial roller coasters affect about one-third of American households, and the issue cuts across all income levels. Between 2013 and 2018, the average family experienced significant income swings — increases or dips of more than 25% of their median income — in five months out of the year, despite real wage growth and low unemployment during that period, a 2019 analysis by the JPMorgan Chase Institute found.

“Looking at consumers’ profiles over 24 months,” as opposed to a point in time, he said, “can give us a greater sense of their financial stability.”

“If you get a person at the wrong point in time in the month it isn’t always painting a good picture of what their finances are,” said Taylor. These “wrong” points in time, he said, can happen when consumers make big-ticket purchases on one credit card to rack up rewards points or airline miles.