Home
Market
Which company just hit $1 trillion? Google it.
Prev Article Next Article
This post was originally published on this sitehttps://i-invdn-com.akamaized.net/trkd-images/LYNXMPEG0F1VO_L.jpg 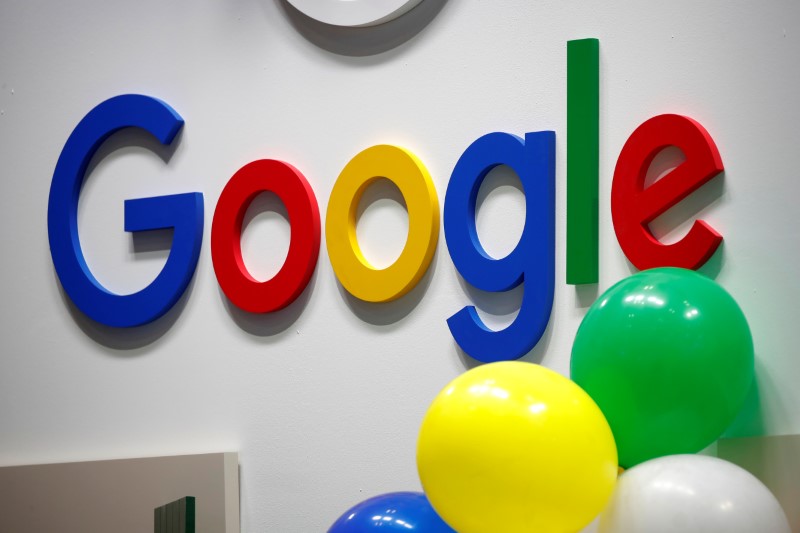 © Reuters. FILE PHOTO: Logo of Google is seen at VivaTech fair in Paris

NEW YORK (Reuters) – As Google-parent Alphabet Inc (O:) became on Thursday the fourth U.S. company to top a market value of more than $1 trillion, some funds holding its shares are wondering whether now is the time to cash in on the stock’s extraordinary gains.

Shares of the Internet search giant are up nearly 17% over the last three months, outpacing a broader rally in the over the same period by 6 percentage points.

Short interest in the stock, a measure of how many investors are betting on a price decline, is at 1%, near a 52-week high for the company and higher than competitors such as Microsoft (O:) and Facebook (O:), according to Refinitv data.

Alphabet joins Apple (O:), Amazon.com (O:) and Microsoft as the only U.S. companies to hit $1 trillion in market value.

“Google is a stock that won’t get you fired,” said Kevin Landis, a portfolio manager at Firsthand Funds who hasn’t added to his current Alphabet position since the first quarter of 2019. “Will I be able to double my money in this stock from here? I’m not sure about that.”

Alphabet’s shares are among a small group of stocks found in the top holdings of both mutual funds and hedge funds, two types of institutions whose investing styles tend to be markedly different, a Goldman Sachs (NYSE:) analysis showed. That could leave it exposed to volatile price swings if sentiment suddenly changes.

Despite those concerns, many investors are finding it hard to say goodbye. The 28% climb in Alphabet and the performance of other technology and tech-related stocks helped money managers post big gains in 2019, making it difficult for many to justify cutting their exposure even as they fret over the implications of its run-up.

Ernesto Ramos, portfolio manager of the BMO Large-Cap Growth Fund, has held onto his shares, betting that Alphabet’s exposure to online advertising will eventually justify its above-average valuation. Alphabet trades at 26.6 times future earnings, compared with 18.5 for the S&P 500.

Scott Goginsky, a portfolio manager of the Biondo Focus fund, has held off adding to a longstanding position over the last year, concerned that the company’s costs are likely to increase due to its efforts to pre-empt any additional regulatory measures from Washington. That could cut into the margins of businesses like YouTube if it needs to hire additional workers to vet user-posted content, he said.

Alphabet is scheduled to report fourth-quarter earnings on Feb. 3. In its latest report, the company missed analysts’ estimates for third-quarter profit by about $1.7 billion, though it beat revenue expectations. That news did little to dent investors’ bullishness on the company: Alphabet’s stock retreated briefly on the report, only to resume its climb several days later.

Bearish investors, however, can point to Amazon.com, which saw its market value fall below $1 trillion after its streak of record profits ended in July. Shares of the company are down nearly 7% over the last six months, compared with a 10% gain in the S&P 500 overall.