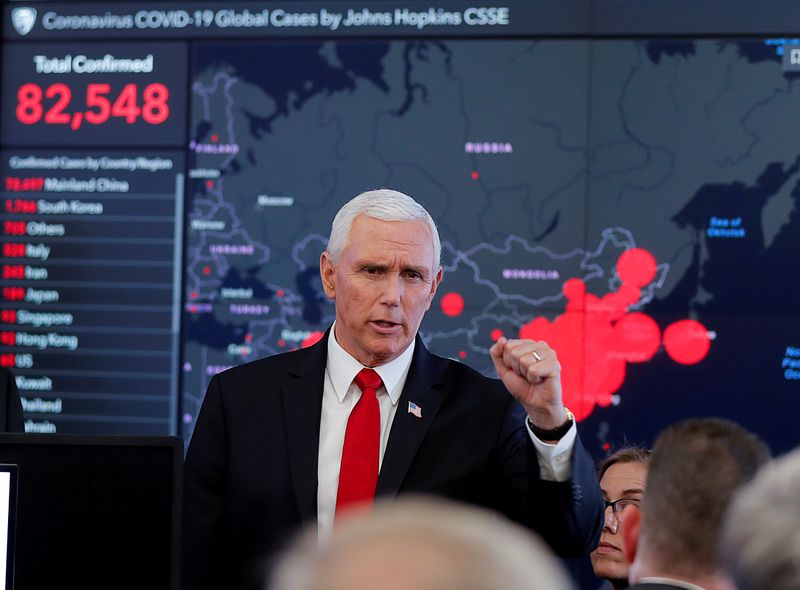 By David Shepardson and David Holland

WASHINGTON (Reuters) – The White House will hold meetings this week with top executives from U.S. airlines and the cruise industry amid the growing coronavirus outbreak, a spokeswoman for Vice President Mike Pence confirmed Monday.

Airline stocks have fallen sharply in recent weeks. American, which was down 5.1% on Monday, is off about 40% in the last two weeks. United, which fell 4.8% Monday, is down almost 30% since Feb. 13.

Pence’s office said he will meet on Saturday with cruise line chief executives in Florida. He will also meet with 3M Co (N:) executives Minnesota, where 3M is based, on Thursday.

3M told CNBC last week it was ramping up production of its N95 respirator mask in the face of rising demand.

U.S. airlines report travel demand has fallen sharply. Airlines have cut flights to Asia and Italy amid the crisis and canceled all flights to China until late April.

In response to falling demand, American Airlines said on Sunday it is waiving change fees for all tickets purchased through March 16 if changes are made within two weeks.