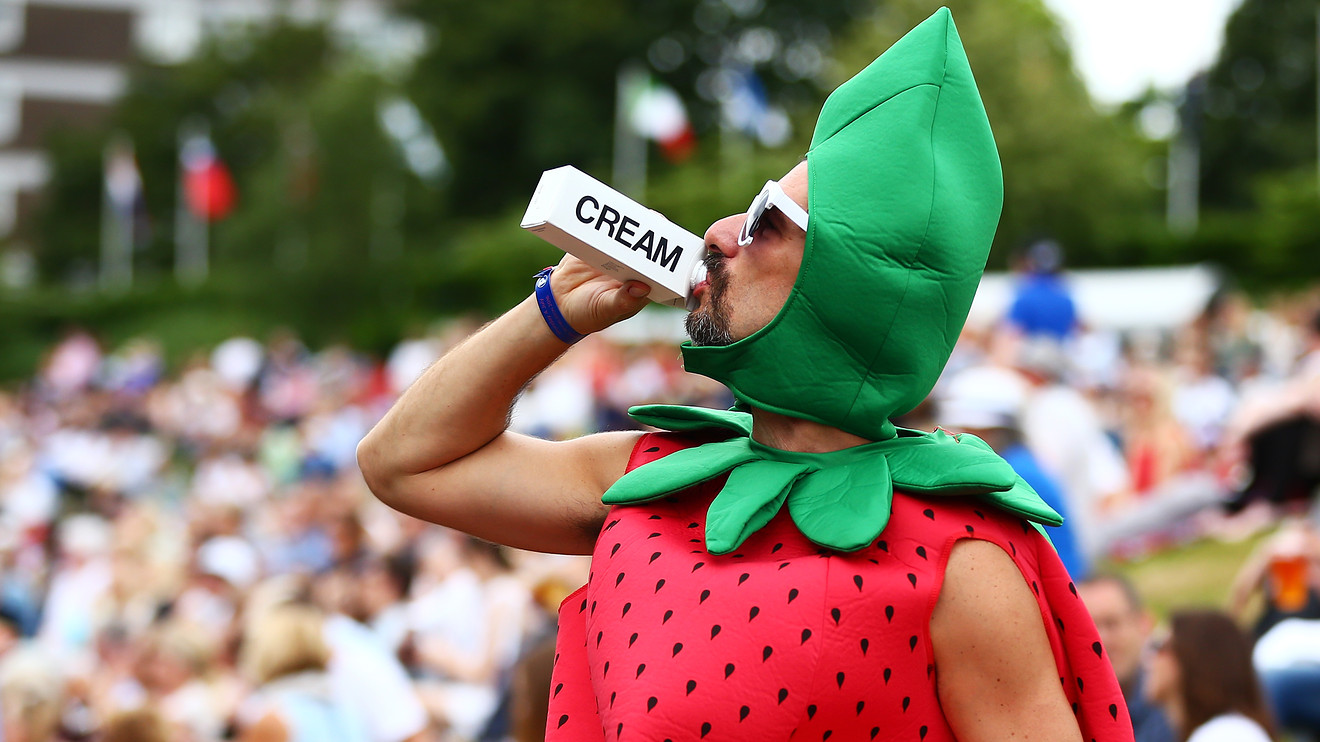 Coronavirus has derailed all of the top summer sporting events and celebrations, from grand slam tennis tournament Wimbledon to the Tokyo Olympics, causing a glut of gourmet food.

Hospitality events have completely disappeared across Europe and suppliers of strawberries and Stilton cheese are sounding the alarm that sales are tanking.

The summer soundscape will miss the popping of bottles of bubbly while hundreds of thousands of servings of strawberries will go uneaten as coronavirus cancels celebrations and calls off the season’s sports.

Champagne, the French region which produces the same-named bubbly, has cut the supply of the delicacy to support prices through falling demand. France’s Comité Champagne, which regulates the industry, is banning presales of Champagne currently fermenting to avoid flooding the market, according to French news site The Local.

Demand for Champagne in the U.K. has reportedly been cut in half through the lockdown, despite a surge in sales of cider and beer.

Meanwhile, Britain’s famous blue cheese, Stilton, has seen sales fall by 30% since lockdown began, according to the Stilton Cheesemakers’ Association, which represents producers of the much loved delicacy.

The cheese, known for the its distinct smell and blue fungus, can only be produced in the English counties Derbyshire, Nottinghamshire, and Leicestershire

Prince Charles, patron of the Specialist Cheesemakers Association, is urging Brits to back Britain’s cheesemakers, some of which could be “lost forever.”

“The closure of our pubs and restaurants has had a devastating impact on the sales of British cheese, and I understand that some of our smallest producers are really suffering as a result,” he said in a statement.

Ruth Edwards, a politician representing one of Britain’s three Stilton producing regions, told MarketWatch: “Coronavirus has thrown up some serious challenges for both the dairy and cheese industries as demand for product has significantly fallen in recent weeks.”

“My strong message to everyone who likes cheese is to try some Cropwell Bishop or Colston Bassett Stilton, you’ll never look back,” she said.

Meanwhile, the cancellation of Wimbledon, where fans in 2019 downed almost 200,000 servings of strawberries, has left British fruit farmers fearful they could face a sticky summer. The loss of sporting events such as Formula One, cricket Test matches, football, and other important outside events will also hit producers hard.

It was reported trade association British Summer Fruits would double its marketing and public relations spend in 2020.

The National Farmers’ Union hopes in-store demand for farm produce will pick up and offset the drop associated with catering and events.