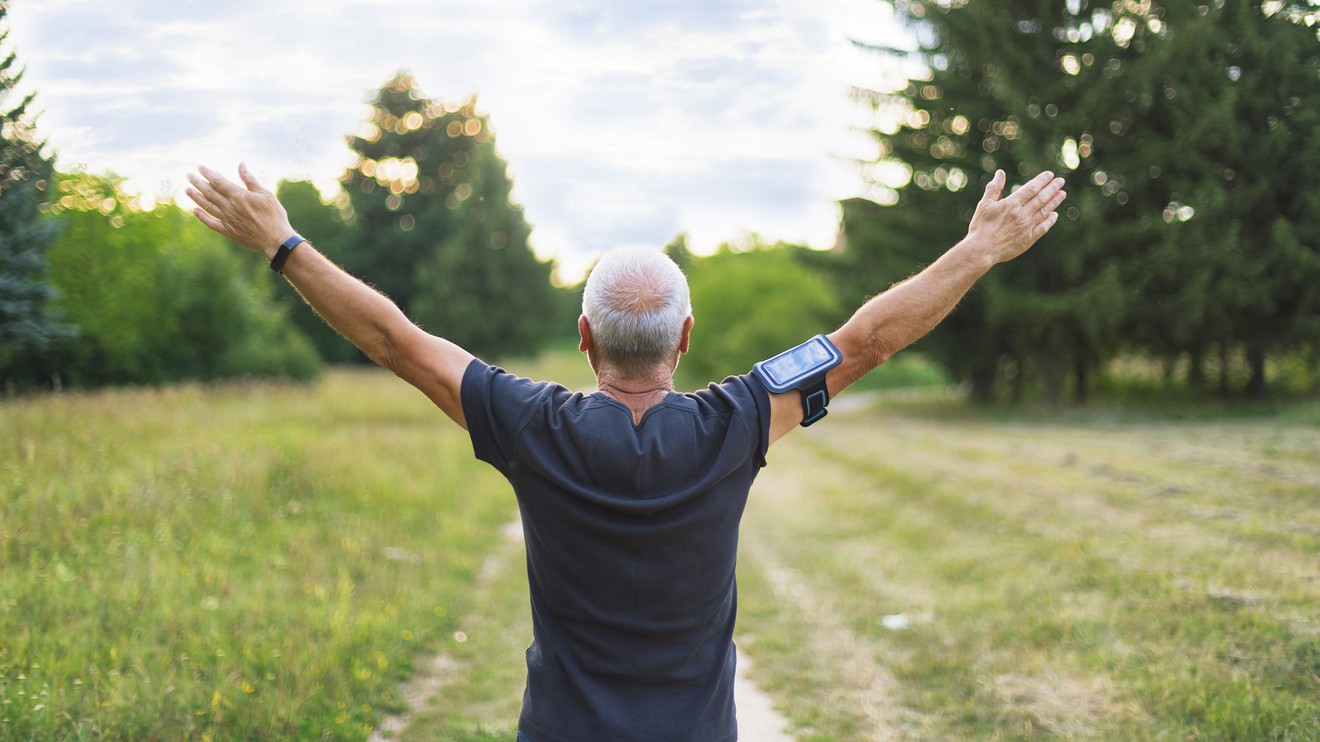 The “dad bod” has long been lauded as the new paragon of prowess. But the more weight you carry around your midriff, the more likely you are to die prematurely, new research suggests.

Heart-attack survivors — particularly men — who carry excess fat around their waist are at increased risk of another heart attack, according to research published Tuesday in the European Journal of Preventive Cardiology, a journal of the European Society of Cardiology.

Previous studies have shown that abdominal obesity is an important risk factor for having a first heart attack, but the latest study zeroes in on the potential for a second heart attack, or a stroke.

‘It was previously unknown whether abdominal obesity is a risk factor for recurrent events among patients on secondary prevention treatments.’

“Patients are typically put on a stringent medical treatment regimen after their first attack to prevent second events,” said study author Hanieh Mohammadi, a researcher at the Karolinska Institute in Stockholm, Sweden. “There were three times as many men in the study compared to women, contributing to less statistical power in the female group.”

“Secondary prevention works through reducing risk factors associated with heart attack and stroke such as high blood sugar, lipids and blood pressure,” Mohammadi added. “It was previously unknown whether abdominal obesity is a risk factor for recurrent events among patients on secondary prevention treatments.”

The study followed more than 22,000 patients for a median of 3.8 years after their first heart attack and investigated the relationship between abdominal obesity — measured by waist circumference — and the risk for recurrent cardiovascular disease events. The researchers specifically looked at events caused by clogged arteries, such as fatal and non-fatal heart attack and stroke.

The American Heart Association says that your cardiovascular disease risk is 50% by age 45, but jumps to 80% by age 65.

The prevalence and costs of cardiovascular disease were expected to more than double from over $555 billion in 2016 to $1.1 trillion by 2035, according to a 2017 study conducted for the American Heart Association. By then, the report said, 123.2 million Americans will have high blood pressure and there will be 24 million coronary heart disease patients, 11.2 million people experiencing stroke and 7.2 million Americans with atrial fibrillation.

This isn’t the first such warning about “dad bods.” Weight gain in early and middle adulthood will increase health risks later in life, according to a separate 2017 study by researchers at the Harvard T.H. Chan School of Public Health. People who gained a moderate amount of weight (5 to 22 pounds) before age 55 increased their risk of premature death and chronic diseases, and decreased their likelihood of achieving healthy aging, the study found. The higher the weight gain, the greater risk of chronic diseases.

The hazards of excess body weight were greater in younger than in older people and more perilous in men than in women, multiple studies have found.

“Our study is the first of its kind to systematically examine the association of weight gain from early to middle adulthood with major health risks later in life,” senior author Frank Hu, a Harvard professor of nutrition and epidemiology and chair of the department of nutrition, said in a statement. The study analyzed data from nearly 93,000 participants.

Women gained an average of 22 pounds over this time, while men gained 19 pounds. “The findings indicate that even a modest amount of weight gain may have important health consequences,” Hu said. Worse, early and middle adulthood is the time of life most people actually gain weight, as their metabolism slows and recurring knee and back injuries become more common, studies show. Many people are also less active in their 30s and 40s when they work longer hours and have more responsibilities than, say, in their carefree early 20s.

Being overweight or obese is associated with a higher risk of dying prematurely than being at a healthier weight — and the risk increases with additional pounds, according to an international study released in 2016, also by researchers at the Harvard T.H. Chan School of Public Health and the University of Cambridge in the U.K. Researchers in 2013 launched the Global BMI (Body Mass Index) Mortality Collaboration, which included more than 500 investigators from over 300 global institutions.

Body mass index, which is used as an indicator of body fatness, is measured by a formula that divides your body weight in kilograms by your height in meters squared. A BMI of 25 to 29.9 is considered overweight, while those with a BMI of 30 or more are considered obese, and morbidly obese people have a BMI of 40 or more.

Looking at specific causes of death, the 2016 study found that for each five-unit increase in BMI (from, say, 30 to 35), the corresponding increases in risk were 49% for cardiovascular mortality, 38% for respiratory disease mortality and 19% for cancer mortality. That means these people were 49%, 38% and 19% more likely to die earlier than a person who has a healthy body weight.

‘A healthy waist circumference is important for preventing future heart attacks and strokes regardless of how many drugs you may be taking.’

What’s more, the hazards of excess body weight were greater in younger than in older people, and more perilous in men than in women, the researchers found. They crunched data from more than 10.6 million participants in 32 countries from 239 studies conducted between 1970 and 2015. They recorded a combined 1.6 million deaths, and participants were followed for an average of 14 years. Current or former smokers or those who had chronic diseases were excluded, as were those who died in the first five years.

There have been conflicting studies about obesity and mortality. In fact, a higher BMI may be associated with lower mortality and better outcomes in several chronic diseases and health circumstances, according to a 2013 study published in Diabetes Care, the official journal of the American Diabetes Association. The study also noted that BMI is “crude and flawed” and doesn’t take into account fat mass, nutrition, cardiorespiratory fitness, body fat distribution, or other factors affecting mortality.

But this “obesity paradox” is flawed, the 2016 study argues. A low body weight could be the result of underlying illness rather than the cause. What’s more, smokers tend to weigh less than nonsmokers but have much higher mortality rates.

Mohammadi, a co-author of the latest study, said people should pay close attention to excess body weight around their middle region. “The reason abdominal obesity is very common in patients with a first heart attack is that it is closely linked with conditions that accelerate the clogging of arteries through atherosclerosis,” he said. “These conditions include increased blood pressure, high blood sugar and insulin resistance (diabetes) as well as raised blood lipid levels.”

“Maintaining a healthy waist circumference is important for preventing future heart attacks and strokes regardless of how many drugs you may be taking or how healthy your blood tests are,” he added. “Abdominal obesity can be tackled by eating a healthy and balanced diet and regular physical activity.”