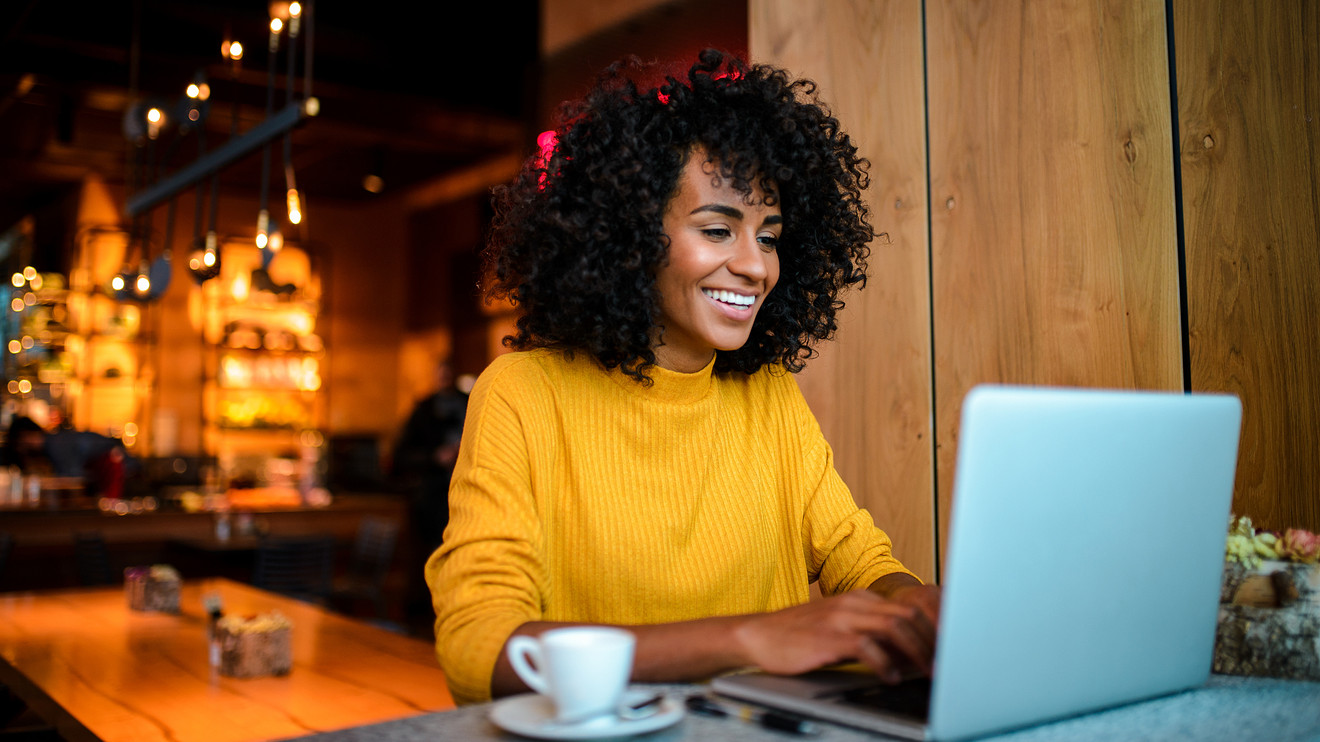 Women are making gains in the workforce where it matters most, and it’s paying off in the form of bigger paychecks.

Over the past few decades, women have moved out of jobs as food prep workers and administrative assistants and into roles as nurses, sales managers and lawyers, a new analysis by the Pew Research Center found. As they’ve entered these high-skills fields, their earning power has swelled rapidly — faster than men’s.

“On average women have moved into higher skill jobs — they’ve moved into jobs that were traditional male,” said Rakesh Kochhar, a senior researcher at Pew and author of the report. For instance, women held 25% of managerial jobs in 1980; today they hold 40% of those roles. “That’s a significant move up the ladder,” Kochhar said.

Jobs requiring social and fundamental skills include sales managers, coaches and scouts, marriage and family therapists, lawyers, psychiatrists, and education administrators. The median annual pay for sales managers in 2018 was $124,220; for coaches and scouts it was $33,780 a year; for marriage and family therapists it was $50,090; for lawyers it was $120,910, according to the Bureau of Labor Statistics. (The BLS doesn’t list median pay for psychiatrists and education administrators.)

The inroads women have made in these high-skill occupations have contributed to rapid wage growth, and that’s helped narrow the longstanding gap between men’s and women’s average salaries. Between 1980 to 2018, women’s average hourly wages increased 45% — from $15 to $22 — compared with an increase of 14% for men, from $23 to $26, Pew’s report found. As a result, the gender pay gap narrowed from 33 cents to the dollar in 1980 to 15 cents to the dollar in 2018. 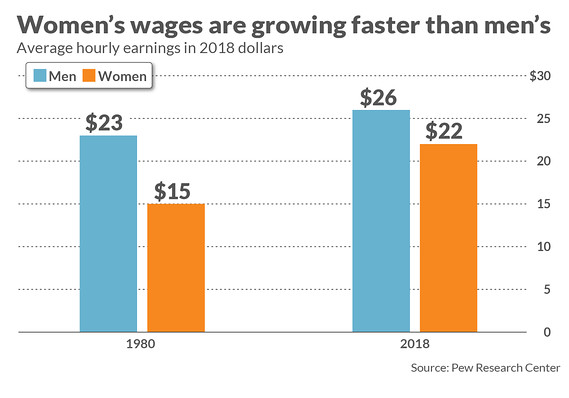 The trend has been fueled by rising demand for highly-skilled workers. Women are increasingly well-positioned to fill those roles because they’re more likely to go to college. In 2018, 40% of employed women 16 and older had a bachelor’s degree or higher level of education, compared with 35% of men, according to Pew.

The Pew report is in line with previous research suggesting that “feeling” skills like listening and communicating are surging in importance in the job market, especially as artificial intelligence does more of the analytical grunt work in the workplace.

“With all the technological change we’re observing, social and fundamental skills do not seem to be going away,” Kochhar said. “They remain of high importance, even in new jobs that are emerging, like video-game designers.”

Despite these gains in high-skilled jobs, women remain under-represented in many areas. While they’re more likely to be managers than they were a generation ago, they rarely lead America’s biggest companies. Just 5.8% of the CEOs of S&P 500 SPX, +0.33%   companies were women as of December 2019, according to Catalyst, a nonprofit focused on advancing women in the workplace.

The gender wage gap remains persistent, even among educated workers. Women with a bachelor’s degree earn 74 cents for every dollar their male counterparts make, according to a recent analysis by the U.S. Census Bureau. But the male-female pay gap for workers without a bachelor’s degree is actually lower. Women earn about 78 cents for every dollar men earn.