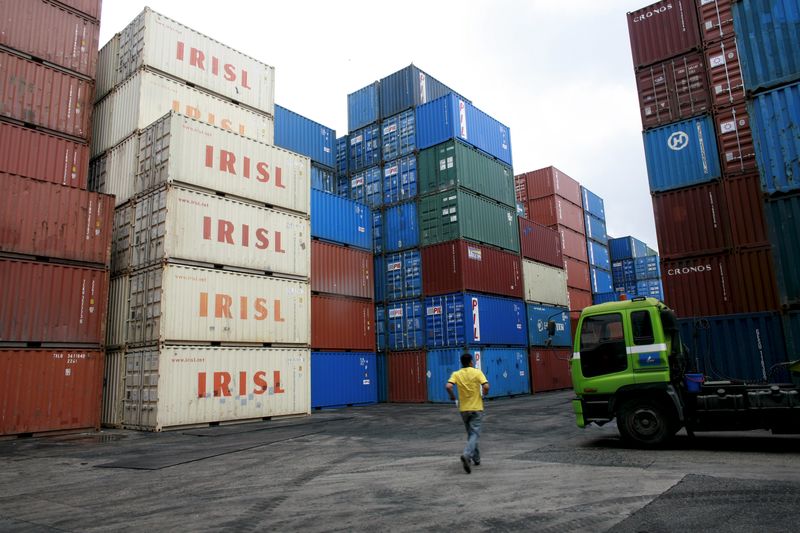 (Bloomberg) — The world economy may be heading for its worst performance since the financial crisis more than a decade ago as the spread of the coronavirus increasingly dashes hopes of a swift rebound.

Just weeks since most economists bet the China-led slump would quickly reverse once the virus was contained, many are rethinking that optimism as swathes of Chinese factories stay shut and workers idled. Having already cut supply chains and undermined tourism and trade, outbreaks from Europe to the Americas threaten activity elsewhere too.

Bank of America Corp (NYSE:). economists warned clients on Thursday that they now expect 2.8% global growth this year, the weakest since 2009. They were already penciling in the softest growth in China since 1990, but now say the U.S. will expand the least in four years.“The risks are still skewed to the downside,” BofA economists led by Ethan Harris said in a report. “Our forecasts do not include a global pandemic that would basically shut down economic activity in many major cities.”

The outlook contrasts with that released by the International Monetary Fund just last Saturday, when it said it would likely knock only 0.1 percentage point from its global growth estimate of 3.3% for this year although it was studying more “dire” scenarios. Now the Washington-based fund is reconsidering the scale and scope of policy meetings it was scheduled to host in mid-April.As stocks plunge, companies are also sounding the alert. Standard Chartered (LON:) Plc on Thursday joined HSBC Holdings Plc (LON:) in saying it would miss profit targets because of the virus.

“We remain sensitive to external conditions generally and recognize that these could as easily recover as worsen,” Chief Executive Officer Bill Winters said.

Eager for insight into China’s economy, investors are hotly anticipating the Saturday release of a key manufacturing gauge.The consensus in Bloomberg’s survey is for the official Purchasing Managers’ Index to slide to 45, the lowest since 2008, from January’s 50, with forecasts ranging from 50.1 to 33. That underscores the confusion surrounding the virus and how the reading could rock markets.

China still has a long recovery ahead. Bloomberg Economics calculates the economy ran at 60%-70% of normal this week, albeit up from 50%-60% a week ago. For now, key central banks are holding off cutting interest rates as they wait to see the full economic effect of the virus with rates already at or near record lows.

There’s also a debate over what further easing would achieve. If supply chains are broken, lower rates would likely do little to spur activity.European Central Bank President Christine Lagarde told the Financial Times on Thursday that it’s too soon to respond, echoing comments Tuesday from Federal Reserve Vice Chairman Richard Clarida.In a potential model for others, the Bank of Korea resisted demands to cut rates, preferring instead to target support for companies by making cheap loans easier to get.But economists are beginning to join investors in predicting the major central banks will eventually loosen policy. Those at Standard Chartered told clients on Wednesday that they now expect the Fed to cut its benchmark rate in April and June having previously assumed no change this year.Money markets already see three Fed reductions this year — starting in April — and one by the ECB by October. In an opinion piece in the Wall Street Journal on Thursday, former Fed Governor Kevin Warsh went as far as to suggest the Fed coordinate rate cuts with its counterparts in China, Europe and Japan.

“With global virus and related economic developments continuing to shift the baseline from a V-shaped to a U-shaped impact on activity with persistent impacts on both supply chains and global consumer demand we now update our base case to one in which the Fed will ease policy in response to the virus shock, and likely sooner rather than later,” Krishna Guha, vice chairman at Evercore ISI in Washington, wrote in a note.

Some economists aren’t ruling out a near-term rebound. Those at Morgan Stanley (NYSE:) said in a report on Friday that while the fallout may now run into the second quarter, they still predict that “the recovery is being delayed, but not derailed.”

Much ultimately depends on how the virus spreads and what economic pain it causes, reversing gains economists had hoped for after the interim U.S.-China trade deal. The economies of Japan, Italy and France already contracted in the fourth quarter, while U.S. government data on Thursday showed underlying demand in the economy was slower than initially reported in that period.A 2007 World Bank study estimated the cost of a mild flu pandemic at 0.7% of global gross domestic product, and 4.8% for a severe outbreak.“In 2020 money, that’s between $630 billion and $4.3 trillion — or, to put it another way — between painful but manageable and global recession,” Tom Orlik, chief economist at Bloomberg Economics, wrote in a note.