Home
Market
Zalando to tap designer labels, vintage to boost sales
Prev Article Next Article
This post was originally published on this sitehttps://i-invdn-com.akamaized.net/news/LYNXMPED9H0EN_M.jpg 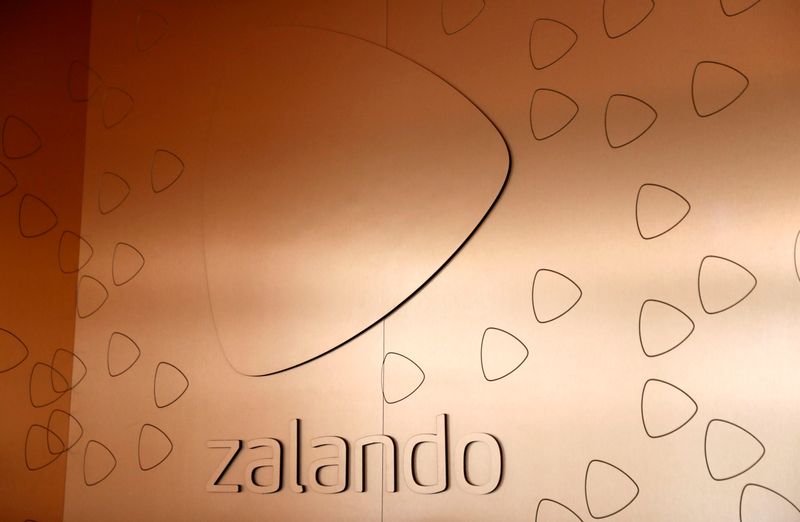 © Reuters. FILE PHOTO: The logo of fashion retailer Zalando is pictured in an office building in Berlin

BERLIN (Reuters) – Online fashion retailer Zalando (DE:) plans to offer more premium and luxury ranges and move into the vintage clothing market as it predicted slower sales growth in 2020 after a strong final quarter to 2019.

After a decade of rapid expansion to become Europe’s biggest online-only fashion retailer, the Berlin-based company has seen its sales growth moderate, prompting it to expand into new areas like cosmetics and more items for men.

Zalando now plans to double its premium and luxury product ranges by the end of 2023, noting it had recently added high-end brands like Moschino Couture and Alberta Ferretti.

Co-Chief Executive Rubin Ritter said selling more premium products should help the group to boost its average basket value, a metric which has been under pressure as consumers shop more frequently on their smartphones but spend less each time, pushing up logistic costs.

In 2019, Zalando already registered 20 million searches for luxury brands it does not currently carry, Ritter told reporters, noting that the luxury sector was shifting online even faster than the rest of the fashion industry.

Major online luxury fashion players include Farfetch (N:), which listed in New York in 2018, Richemont’s (S:) Yoox (MI:) Net-A-Porter, and MyTheresa, which plans to list in New York this year.

Zalando also wants to tap shoppers’ growing appetite for second-hand or vintage clothes due to rising environmental consciousness. The retailer will offer curated pre-owned fashion from the third quarter of 2020, also buying fashion from its customers.

Ritter said some customers were telling the company they only wanted to buy pre-owned items in future. “It can be an integral part of our business model,” he said.

Zalando cancelled a news conference planned for Thursday as a precautionary measure due to the coronavirus but Ritter said on a call with reporters the business was not currently impacted, although that could change.

It said the forecast did not include a potential negative impact from the spread of the new coronavirus.

Zalando’s shares were down 8.45% by 0839 GMT, making them the biggest faller on the German mid-cap index.

Fourth-quarter sales rose 19.5% to 2 billion euros ($2.17 billion), while adjusted earnings before interest and taxation came in at 110.4 million euros, both ahead of average analyst forecasts after a strong “cyber” week around Black Friday.

Zalando has seen its profitability squeezed by heavy investment in logistics as Amazon (O:) ramps up in fashion. The company said on Thursday it planned to invest around 330 million euros in 2020, including on a new warehouse in Spain.

It has predicted a longer-term recovery in margins as it becomes more of a platform for brands – offering them logistics and marketing services – rather than just being an online seller of clothes, accessories and cosmetics.

Zalando said its partner programme accounted for 15% of its GMV at the end of 2019. Around 40% of partner programme items were shipped by its logistics service in the fourth quarter, with finance chief David Schroeder saying he expected to reach more than 50% this year.