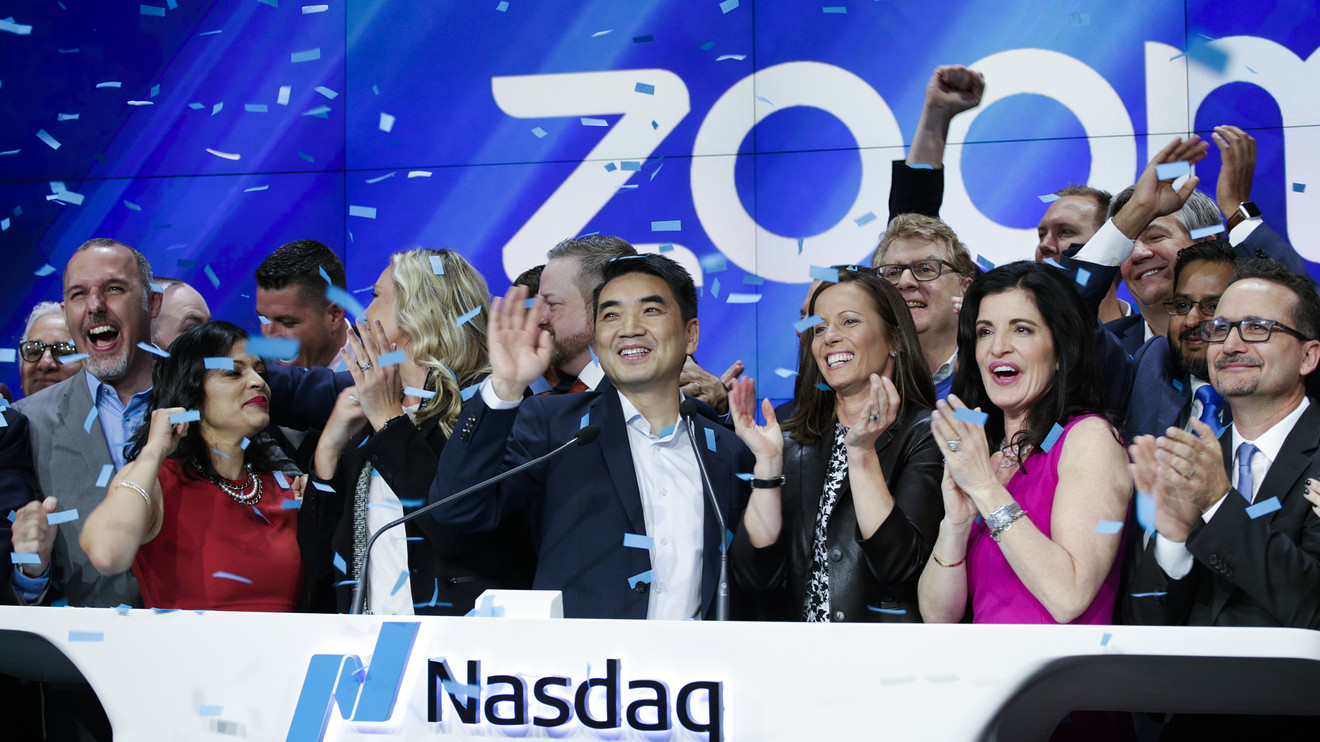 Stephens analyst Ryan MacWilliams, who has an overweight rating and a $95 price target on the stock, said fallout from the coronavirus is likely boosting Zoom’s stock. China extended the Lunar New Year celebration through Sunday in an attempt to keep the virus from spreading, but some provinces and companies are telling workers to stay home longer, which could mean increased work done on teleconferences.

In a Monday note, MacWilliams said “our buy-side contacts have noted increased investor interest around Zoom as a play on the coronavirus outbreak.”

“We believe investors are betting on paid user growth as a result of increased cloud video meeting usage, due to concerns around physically meeting due to the coronavirus,” he said. “If this is the cause for the move in shares today, this increase seems extended to us, as China does not represent a significant business for Zoom (though 80% of their engineering team resides there).”

EMJ Capital Ltd. founder Eric Jackson said in a tweet that China downloads of the app have jumped recently. Jackson, who said he is long on Zoom, told MarketWatch that he could not provide the source of his data.

Massive increase in downloads of the Zoom app yesterday in China.

MacWilliams and another analyst, Piper Sandler’s James Fish, also noted that a trading strategy that some investors used amid Zoom’s rapid post-IPO rise could be facing difficulty. The trade called for a short on Zoom — about 6.6% of Zoom’s outstanding shares are shorted, according to FactSet data — and a long bet on cloud-communications company RingCentral Inc. RNG, +0.09%  .

“Other contacts we spoke with noted today’s trading could be influenced through the continued unwinding of the short Zoom, long RingCentral trade,” MacWilliams said.

There was a thought that RingCentral could be developing a stand-alone video offering that could challenge Zoom, especially for RingCentral customers that use Zoom for videoconferencing. RingCentral and Avaya Holdings Corp. AVYA, +0.39%  announced a video push Monday morning in a partnership that does not appear to be wholly owned by RingCentral.

“The solution will be featured at AvayaEngage 2020 this week, and initial expectations are that it is Avaya’s video solution and not a solution that RingCentral developed as a stand-alone video solution,” Fish wrote in a note.

William Blair analyst Bhavan Suri backed the view in a phone interview with MarketWatch. Suri told MarketWatch that investors are going long on Zoom because of “coronavirus — less travel, less face to face, more videoconferencing,” and that there is “possibly some short covering as well,” following the company announcing Monday that its earnings report will come March 4.

A request for comment from Zoom was still outstanding as of late Monday following the close of markets.

Of the 22 analysts who cover Zoom, seven have buy or overweight ratings, 13 have hold ratings, and two have sell ratings, with an average target price of $81.00, according to FactSet data.